The report on the survey of 1,218 players from 11 markets. We surveyed the players’ familiarity with Early Access, their understanding of its principles, and many other issues connected to this publishing mode.

We prepared the study and the report together with our partners and clients; all this to provide as much practical knowledge as possible.

If you don’t need a full report please contact us.

We can prepare a specific part exclusively for you. 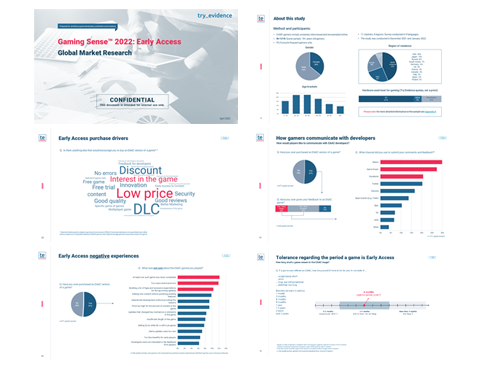 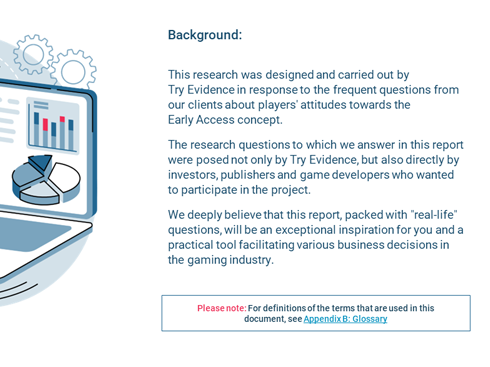 Do you need a specific report that is tailored to your needs?

Drop us a line or schedule a call to discuss your matter. Or, if you feel more like it, we're also no strangers to Zoom, Teams or Hangouts video calls.