What do gamers expect from games? Below you will find a summary of fun facts selected from the unique report regarding the needs and frustrations of gamers, segmented into game genres, 3 segments and 6 particular gaming groups – from hardcore to causals. This is the first Gaming Sense (2020) study performed by Try Evidence, and it was concluded with investors, publishers and developers in mind. We systematically analyzed statements from over 600 players to show the breadth of gaming related phenomena and give them numerical dimension, which is simple and easy to analyze and apply in practice.

RPG turned out to be the most liked genre for all players. In November 2020, over 80% of the surveyed players liked RPGs. The smallest number of players in general declared their sympathy for sports games and survival horrors, yet both of these genres had significant audiences. The most indifferent of all genres were fighting games – nearly 40% of the surveyed players said that they neither liked nor disliked them.

Every third player finishes at most half of the titles played. More console than PCs players declared to finish games and more games were finished by women over men. Average players spent almost half of their free time playing, but the most committed group played 80% of their free time on average. PC players spent minimally more time playing. Supporters of both platforms spent a comparably large percentage of the money declared as for personal expenses on games.

The only genre clearly more favored by most of the players we categorize as Engaged in Gaming – meaning playing the most, the longest in a day and spending the most money out of their budgets – was survival horror. Games of this genre were liked more in this group than in other groups of players. Survival horror games were not liked more by players who finished games most often.

Where do players get information on games?

In general: from Twitch was the least utilized source. It was deemed a worthy source of information by just under 20% of the players. Slightly more man than women claimed to use it as an information source. Then again Twitch – as an information source – was appreciated by Engaged players more frequently than other player groups. The most gender differentiated information source was the so-called word of mouth marketing. Gamers got their gaming intel off of friends by almost 60% of women and just over 40% of men.

The top strongest gaming brands – ones most frequently named spontaneously without any hints or leads by players – include both rather obvious brands with a steady name for themselves e.g., Call of Duty in action games or Resident Evil survival horrors, as well as slightly smaller titles recognized predominantly by fans of the genre – Just Cause in action games, Dishonored in stealth or Stronghold in RTS’es. The biggest surprise came up when spontaneously asking players to name games from the adventure games genre. Adventure games usually are associated with the likes of Monkey Island, Syberia or Detroit. However, the players named Uncharted for example, or some mentioned titles fairly far off from the traditional understanding of this genre, as Crash Bandicoot, The Legend of Zelda, The Last of Us and… The Witcher.

Which genres are undersaturated?

We asked players, “Which genres of games do you think are being developed too seldom or too often?” Most players in general felt that there are not enough RPGs and turn-based strategies. The market for action games and fighting games seems to be the most adequately saturated. However, according to players – the markets for sports games and simulators was oversaturated. We also observed a lot of differences in the assessment of the markets between women and men.

Which settings do players want to see less of?

Another studied aspect was the assessment of market saturation with particular settings / atmospheres. Each player had to judge the assessment of cyberpunk, fantasy, gangster, historical, humoristic vibe, post-apo, realistic, science fiction, steampunk, western and war-themed games. Our research shows that what the market is missing the most are steampunk-set games. What the market does not need any more of are war-themed games. The assessment of market saturation with the given settings was different for the two genders studied. For example, men more often stated that the market is missing historical, war and gangster themed games. The older the player the more they assessed an undersaturation of science fiction, gangster and post apocalyptical settings. Again, these are only a few dependencies we discovered.

What gamers expect from games, what they like and what they want

This section of the research was the most complex. We studied the detailed expectations, frustrations and potential joy-givers in 6 genres of the games: action, turn based strategy, adventure, RPG, survival horrors and RTS. We observed a multitude of interesting trends, including the interesting overlap across somewhat similar genres e.g., RTS and turn based strategy. In both cases the role of the story was not that important (which drastically differentiated them from e.g., RPGs or adventure game, where the story is expected to be most complex according to players). In classic strategy games on the other hand, diplomacy played a much bigger role of importance than in RTS’s. War, trade and economy in general was virtually identical in these two genres, with regards to its expected level of complexity.

Out of all the genres and across all frustrating factors, gamers named bad stories (plot-lines) as the worst in action games. Out of all the benefitting factors on the other hand, players named actually important moral choices in RPGs and the story in survival horrors.

How did we study all of this?

The discussed player study was carried out in November 2020 on a general cross section of 600 Polish players. The sample consisted of 71% men and 29% women from various backgrounds, with different education levels, playing on PC and/or stationary consoles, between the ages of 13 to 69. The sample represented the distribution of gender and used hardware in the polish gamers population as described in Polish Gaming Research 2019. They were gamers who on average spent a quarter of their household budgets on games, who played on average 8 games in a quarter. They are also predominantly persons actively interested in games – only just under 5% declared to not search for information on games in media, YouTube, among friends or in social media.

Want to quote us? Do it properly:

Debek, M., Zalewski, D., & Kulpa, K. (2020, December 31). What and how gamers play and what do they expect from games? tryevidence.com. https://tryevidence.com/blog/what-and-how-gamers-play-and-what-do-they-expect-from-games/ 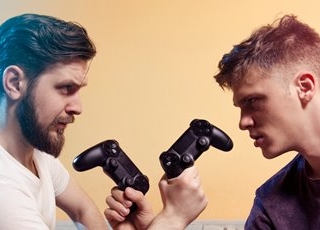 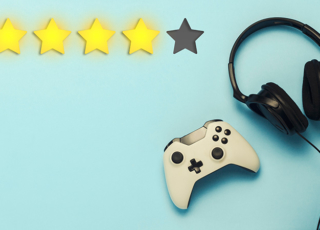 Do Polish journalists evaluate games differently than foreign ones?