Gaming for disabled - how to make games accessible for people with disabilities? - Try Evidence

You can read this article in 11 minutes

Gaming for disabled – how to make games accessible for people with disabilities?

Games serve different functions and address different player needs. For some, they are a way to relax. For others, they provide a platform to establish and maintain relationships and give a sense of achievement. Therefore, it seems natural that games should be a medium equally accessible to all – also to people with disabilities.

Unfortunately, gamers with various disabilities have limited opportunities to enjoy games, which is a significant problem. This article presents specific tips on designing games for players with vision and hearing disabilities and motor disorders.

Gaming almost always involves the sense of sight. Player interaction with a game involves reacting to the changing situation they observe on the screen. But what about visually impaired players?

The proper, deliberate use of colors is an important aspect of game design. As we already wrote in our article, Color psychology in game design, colors not only build mood and arouse emotions, but are also an important element of gameplay. Many games use colors to give meaning to certain interface design elements or to provide specific feedback.

How to design a game so that people with colorblindness can enjoy it?

First of all, it is important to think about this in the early stage of the game development process before approving the game’s color palette. There are software tools that allow you to check how a particular color palette would be seen by players suffering from various color recognition disorders. For example, suppose a color-blind person can’t distinguish one bar from another. In that case, it is a clear signal that different colors should be used.

Examples of tools that can be used for this are Sim Daltonism and Color Oracle. In addition, the Unity and Unreal Engine have special filters built in to perform this function.

Unfortunately, you cannot always afford to swap colors safely from the perspective of general UX principles. Some colors have become the universal game industry standard, and changing them could confuse players. For example, the mana bar is always blue, and the health bar is always red. However, in such cases, it is worth making sure these elements differ in color and, for example, use different shapes. So that people who are color-blind can recognize these elements regardless of their color.

For example, the puzzle game ChromaGun allows the player to distinguish key elements by both colors and symbols. A vertical line stands for yellow, a horizontal line for blue, and a circle for red. These symbols, like colors, combine to form symbols for the derived colors – orange, purple and black. This allows you to fully understand the game even if you do not distinguish between colors.

These methods, although simple, are invaluable in the process of game design – helping you create a game that would be enjoyed by everyone, including those affected by visual impairments.

To make a game accessible for visually impaired players, it is important to make its most important elements distinct and visible. This especially concerns subtitles, interface elements, and characters and objects the player can interact with. Here are some tips on how to achieve this.

What difficulties do people with motor disabilities face when playing video games? How can games be designed to be as accessible as possible?

Many games, especially those developed for consoles, contain QTE (quick time event) sequences, which require you to perform particularly fast and often difficult actions. For example, the player must react very quickly to what is happening on the screen – press complicated button combinations or hold down a key for a long time. QTEs can be found in Heavy Rain, Marvel’s Spider-Man, or the Tomb Raider series.

These sequences may not be possible for people with motor impairments such as arthritis, Parkinson’s disease, or chronic muscle strain. There are a few rules to keep in mind to make the game more accessible to such players.

The principles mentioned above are certainly worth following when designing games. However, to make sure disabled players find your game accessible, it’s best to listen to what they say about games on the internet or conduct playtests with them.

When designing games with the hearing impaired in mind, it is particularly important to ensure that the subtitles are properly designed, but not only. Here’s how to make the game accessible for the deaf and hard of hearing.

Figures released by Ubisoft show that as many as 60% of all Assassin’s Creed: Origins players played the game with subtitles on. Subtitles are helpful not only for those whose native language is not dubbed in the game. They are also important for the deaf or hard of hearing, or those who simply absorb information more effectively by reading than by listening.

What rules should be followed to ensure that subtitles in games serve their purpose well?

While subtitle design may seem easy, it turns out there are a lot of factors to consider.

“Bringing the senses together and providing different options

Adding subtitles does not always solve the issue. What if the game includes a mission that involves listening for certain sounds (e.g., approaching enemies) or solving a musical puzzle (such as in The Witness)? Such sequences can add a lot of variety to the game, so you don’t have to remove them. Instead, add some options to make them accessible to the hearing impaired.

Finally, we will discuss the adaptations for people with dyslexia and epilepsy.

Since people with dyslexia have difficulty reading, you can make the game more accessible for them by providing subtitles – as described in the section on hearing impairments. It is also very important that the subtitles do not change automatically. Instead, let the player press a button when they’re ready to read the next one, allowing them as much time as they need to read.

In addition, there is a special font for people with dyslexia that can be downloaded from the Open Dyslexic website. Interestingly, the developers of The Last Door, who enabled players to use this font, reported that 14% of players opted for it.

Flickering images can trigger an epileptic seizure in some players. So, if certain sequences in the game involve flashing lights or images, it is a good idea to give the player an option to turn them off in the game’s settings.

If you want to check whether your game is safe for people with epilepsy, it is worth performing the Harding test. This can be done using dedicated websites.

In designing games for people with disabilities, the most important thing is to listen carefully to the community and respond to their needs. Ideally, conduct playtests with such players to identify difficulties they might encounter. It’s also essential to add options to customize the gameplay to their preferences – allow them to remap keys, change font size and typeface, colors, or sound volume.

Do you have thoughts on designing games for people with disabilities? Want to add something? Share your thoughts? Drop us a line! We are happy to discuss and even update this article.

Want to cite this article? Do it in an elegant way:
Cieślak, K.,  (2022, 29 04). Gaming for disabled – how to make games accessible for people with disabilities??
https://tryevidence.com/blog/gaming-for-disabled-how-to-make-games-accessible-for-people-with-disabilities/ 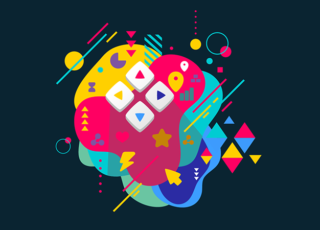 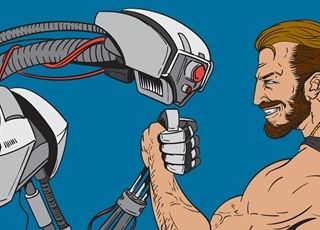 Game difficulty level – how to choose it properly